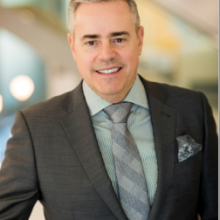 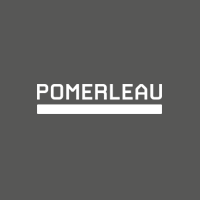 Francis Pomerleau holds a Bachelor of Civil Engineering from the École Polytechnique de Montréal and a Master of Business Administration from the International Institute for Management Development (IMD) in Lausanne, Switzerland. He began his career at Pomerleau in 1991 as a project engineer. He also became involved in the management of the company and inherited the business with his brother, Pierre Pomerleau, in 1997.

Francis Pomerleau then decided to get involved at different levels of the company in order to understand all of its inner workings. He later became Vice President – Building Operations and then President – Canadian Building Operations. As a result, he participated in the company’s development across Canada, helping Pomerleau become a leader in construction from coast to coast. Based in Ottawa, Francis participated in the realization and delivery of major projects that have built Pomerleau’s reputation, including the Macdonald-Cartier International Airport expansion project in Ottawa and the construction of the Willow Square Continuing Care Centre in Fort McMurray.

In 2018, Francis Pomerleau became Chief Executive – Talent, Culture & Leadership and has since been guiding Pomerleau’s vision in developing the best team in the industry in Canada. Accordingly, Francis has strengthened recruitment efforts in the difficult context of industry labour shortages across the country. In addition, Francis led the creation of the PX3 professional and leadership development centre.

Francis Pomerleau is involved in many construction industry associations in Ottawa and more broadly in Canada, in particular the Canadian Construction Association (CCA), where he chaired the General Contractors’ Council for two years. Francis Pomerleau also has a strong commitment to community involvement, and Pomerleau is involved with many non-profit organizations in the education, sports and health sectors.

All Sessions by Francis Pomerleau

An inspiring business case looking at hiring with more confidence for operational roles in the construction industry with Francis Pomerleau from Pomerleau Construction.
Take your talent acquisition to a whole new level by understanding what’s critical for success in a specific role based on hyper-relevant people data.